Three U.S. Army veterans co-founded Stop Soldier Suicide in 2010 amid the worst suicide crisis our military has ever seen. 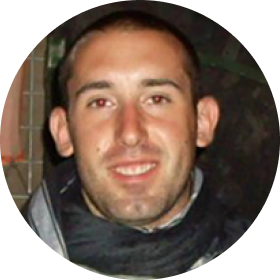 After losing friends and fellow service members to suicide, Army veterans, Brian Kinsella, Nick Black, and Craig Gridelli were determined to create a solution for their fellow veterans who were struggling. For them, military suicide isn’t just a problem. It’s personal.

It was clear that something had to be done - proactively - to get their brothers and sisters in arms the help they needed and reduce the number of service members and veterans lost to suicide.

Through their experiences, they realized that the key to preventing suicide is to identify, understand, and address the underlying issues — things like financial strain, post-traumatic stress and other mental health issues, and difficulties navigating the transition from military to civilian — BEFORE they escalate to a point of crisis.

The problem is clear: The systems in place aren’t working. Getting help isn’t as easy as it should be — and trying to navigate a complicated maze of organizations and resources can be overwhelming when you’re in crisis.

Stop Soldier Suicide was built to change that.

Our People
How We Help

Don't wait until you're in crisis to reach out.